Also the content assumes that I have no prior experience in using Gigabyte products or how to navigate inside the Bios settings.

While you are busy being a "post hound" over at i4memory perhaps you should take the time to read my threads in the Gigabyte motherboard section. Moderator you can remove my posts from the forum. I no need to read your threats there. Maybe my post got confusing with too much info.

Until recently this temp was C so this jump of 35C with no change in PC configuration or the way the PC is used is getting me worried. The 77C NB Gigabyte GA-MA790FX-DQ6 ATi SATA2 RAID might be within working spec, I understand that, but until recently it was 42C, something is fishy here.

I also tried another test yesterday. Early in the morning, so after the PC was off for hours and cooled down, if you can believe the digital clock in my room the room temp was 15C. Does this mean definitely the sensor is bad?

Even if the Gigabyte GA-MA790FX-DQ6 ATi SATA2 RAID is completely without a HS this temp looks too high for few seconds of working. As far as I know this second sensor is in the NB. What would be the temp the NB can raise after starting the PC?

I would appreciate some help. As for the program you suggested, as far as I know Core Temp reads CPU and cores temp while I have a problem with the System temp reading, I don't believe it's Gigabyte GA-MA790FX-DQ6 ATi SATA2 RAID. Skill ram 2X3 sticks, yes all sticks are working as iv tried them all in diffrent slots, i have also checked for bent pins none on the processor or ram.

S i duno what to do is there sumthing wrong with the mother board??? But what you are describing does sound like your NB heatsink has either came loose or the seal between the Paste and the heatsink has broke. 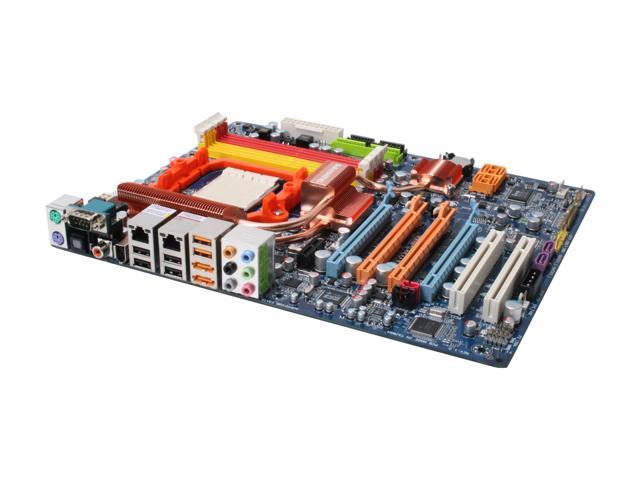 I would take it off, redo it With NON Conductive paste and then see if Gigabyte GA-MA790FX-DQ6 ATi SATA2 RAID is ok once you put it back on. I hate that I have to take the whole board out to remove the HS but I understand there is no other way to try. Although I still think the sensor has gone faulty or temporarily misreading.

Even if the HS is slightly detached it is still close to the chip, we are talking about parts of mm. After mounting 40mm fan on it the temp of the HS must have gone really down while the sensor didn't report any change, not even one degree.

With a much colder HS very close to the chip I would expect at least some change. Heat is conducted trough air too, especially on very close distance. But maybe my logic is wrong. I have headache from reading a lot forums. Some programs like Speedfan can detect how many temperatures are able to be reported but it doesn't mean that all sensors are installed by the board manufacturer. The sensors that do not exist give ridiculous numbers like that one. Gigabyte GA-MA790FX-DQ6 ATi SATA2 RAID